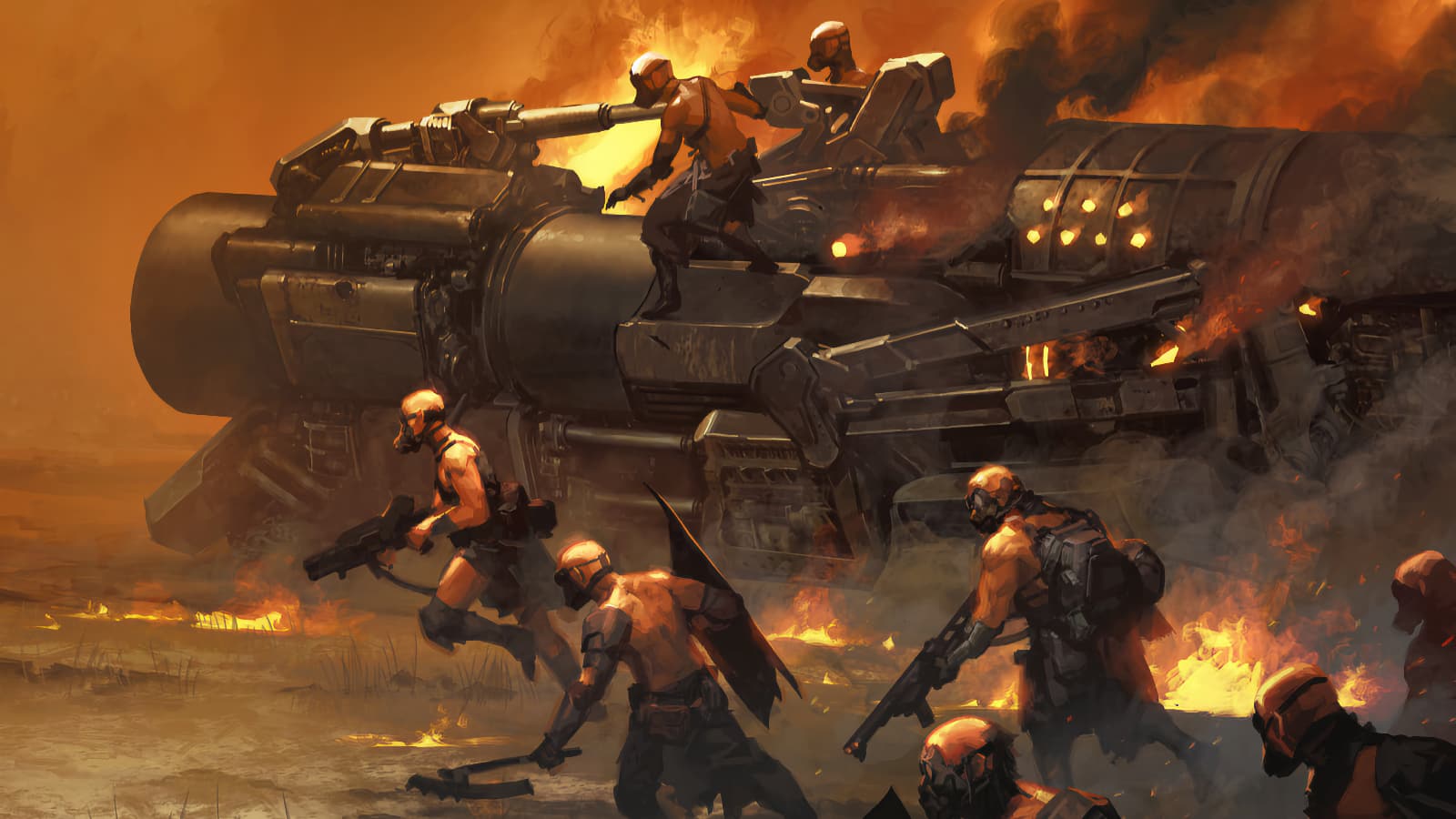 One of the best things about the Degenesis Discord is how engaged the game’s creative team is with the rest of the community. Case in point: today Marko Djurdjević, the creative powerhouse behind the game, dropped teasers for what’s on deck for Degenesis. Considering that in the last 12 months SMV cranked out the luxurious VOV, the visually dazzling yet nutritious Artifacts (my review) and the truly next-level Justitian: The Righteous Fist & Moloch (my review), you could forgive them for taking some time off to rest.

But that wouldn’t be the SMV way.

They already snuck in the Harm’s Way starter adventure before the physical release of Justitian, and though I haven’t received my copy yet, word is that the physical quality of that supplement exceeded SMV’s expectations. So we may see more content coming out in the format in the future.

SMV is also working on a reprint of Black Atlantic, which is currently out of stock. They recently put out a survey to gauge interest in a reprint of the Rebirth Edition of Degenesis (VOV is the deluxe bundle, Rebirth is the standard edition), but as far as I know they haven’t made a decision yet.

Meanwhile, Clans of the Moloch has been confirmed. It’ll be a 28 page book full of material about the clans of Justitian (e.g., Brenni, Stukov and perhaps the clans threatening the Protectorate) and is due for completion in May.

Last Watch is also well underway. This is the supplement that has generated any number of guesses from fans. Is the name a reference to A235, to standing watch on the walls of Siege, or to the Famulancers of the Storm Watch? Is it about the Fire Watch in Justitian? I’ve seen no confirmation regarding format, but I expect this will also be in pamphlet format, given that the development timeline appears to be quite rapid.

Art books are also in motion. Yep, that’s plural – this will be a two-volume set of Degenesis art pulled from existing works. For anyone who is interested in the visual aesthetic of Degenesis but isn’t into tabletop RPGs just yet, or perhaps for someone who just needs a bit more temptation to be sucked into Degenesis, or for those who just want to have all that amazing art gathered together, this should be a no-brainer. Given that this is SMV, I wouldn’t be surprised if this is more than your average “art of” book. Expect the unexpected.

Today Marko dropped several work in progress images and a slew of glipses into upcoming products. By design it was unclear which teasers applied to which products. Some of the teasers may even be for as-yet-unannounced products. It’s clear SMV isn’t slowing down. For Degenesis veterans, here are some of the things he teased today:

Bits of fiction revealed that the following NPCs are going to be featured in upcoming material:

We also saw some stylized type treatments (the kind you’d see as headers in a Degenesis supplement) for:

More details will come in an April Q&A. Stay tuned.

In the mean time, if you’ve been on the fence about Degenesis, now is the perfect time to take the plunge. The Degenesis Discord has over 2,400 members and is full of energetic discussion between veteran fans, newcomers, and the SMV team. With two big core books, the Jehammed Trilogy adventures, Artifacts, the massive Justitian supplement, the newcomer-friendly Harm’s Way adventure, and the dozens of high-quality fan-produced materials, this is a very well-supported game with still more to come.