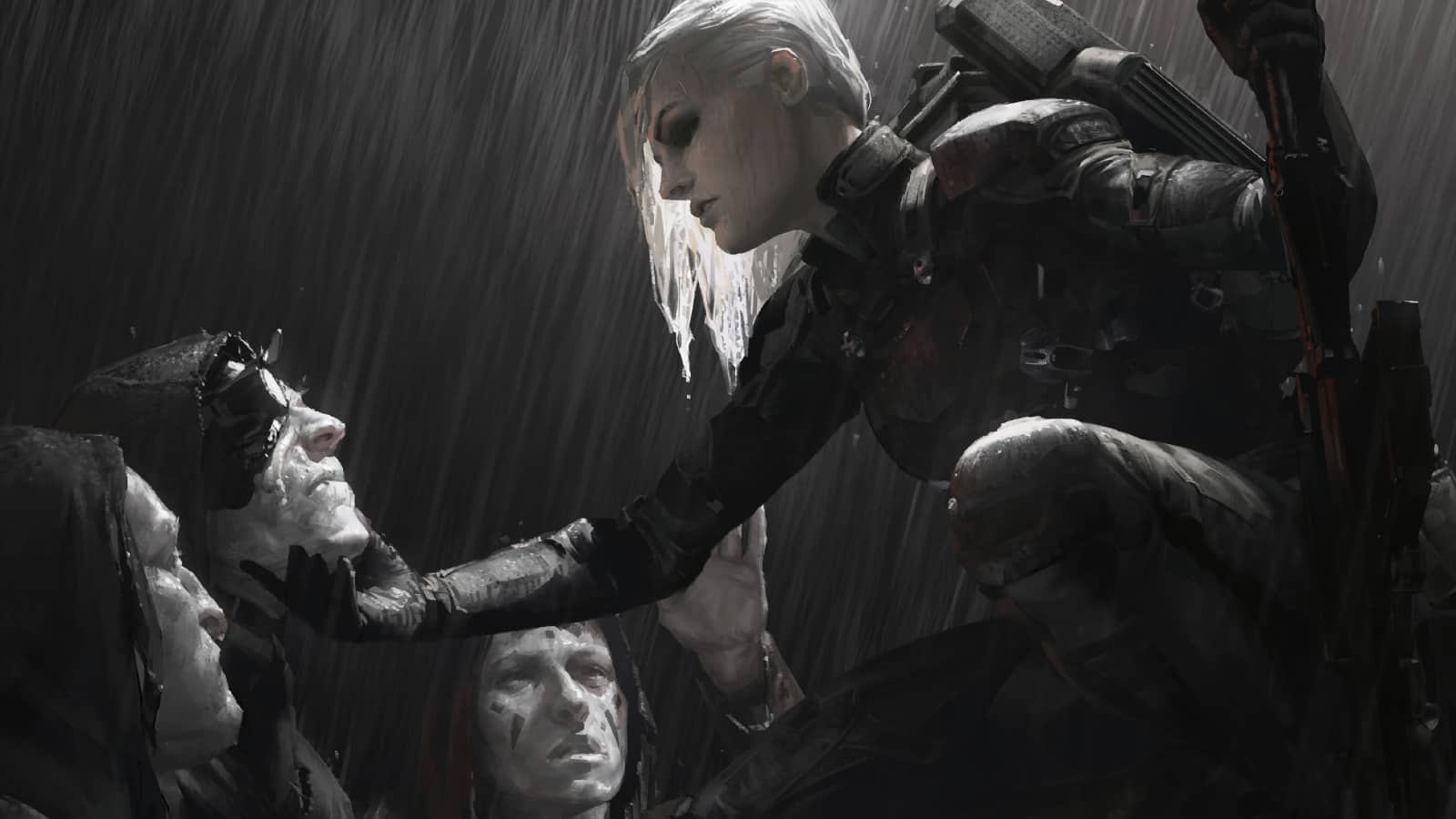 In an earlier post I noted that Degenesis is a Setting First game. The deep lore of the setting is integral to gameplay. That can be intimidating to newcomers seeking to run the game. But fear not – you don’t need to have encyclopedic knowledge of Degenesis lore to start playing.

Some time ago I wrote a pretty involved post on this topic, but since then the overhauled Degenesis website was unveiled. It changed the game, literally. I’m not exaggerating when I say it’s a tremendous resource. Without diving into the rulebooks you can learn an awful lot about the setting by exploring the site. That should be your first stop. Don’t try to figure it all out – just check out the world map, delve into the places and characters of Degenesis. Read the short stories that interest you most.

Then grab the PDFs for Degenesis Rebirth from the website. There are many ways to approach absorbing the books, but if you’ve spent some time in the Degenesis site you’ll probably have at least one or two Cultures and a handful of Cults pulling at you. You may even have some campaign ideas. My advice is to read all of Primal Punk first, in chapter order, taking note of the countless ideas you’ll likely get while reading. From there move on to Katharsys, again taking notes.

This will all take a while, especially if you’re used to games with less lore. Some of what you’ll read won’t be fully explained. You’ll come across fragments, hints of larger events hidden under the surface. Delving into the secrets of the metaplot is part of the fun of Degenesis, but it must be stressed that extensive knowledge of the metaplot is not required to play and enjoy the game.

Start small. When you introduce players to the game they don’t have to know nearly as much as you do up front. Have them look through the Cults and Cultures in the website. They don’t have to know the inner workings of the Cults to decide which one they want to play, or which Cultures intrigue them the most. They’ll need to learn more along the way, but ultimately you as the GM reveal the world to them. You can work with them to build custom characters (the Legacy and Scars chapters in the Artifacts book are a great addition to the core rules) or use Troika, which provides three ready-to-play PCs. Be sure to have the players read about their characters’ Cults and Cultures in the core books, and make sure they know the core mechanics from Katharsys.

You can then set the PCs off on their first adventure, using either Embargo (included in Katharsys), or Provider, which is fan-produced. Provider also includes a quick-start guide that is an excellent way for players to learn more about the world before the first session. The new Harm’s Way adventure is also designed for GMs and players who are new to Degenesis, and is perfect for starting a campaign in Justitian. You can also create your own adventure, of course. Keep the scope small. Let the players get to know a small slice of the world before their PCs venture out further.

From there you can either start them on the Jehammed Trilogy adventures (In Thy Blood, The Killing Game, and Black Atlantic – all free from the website), create more of your own adventures, or use Justitian as a springboard for all kinds of adventures. If you have questions at any point in your Degenesis journey, the Degenesis Discord is full of GMs ready to help.