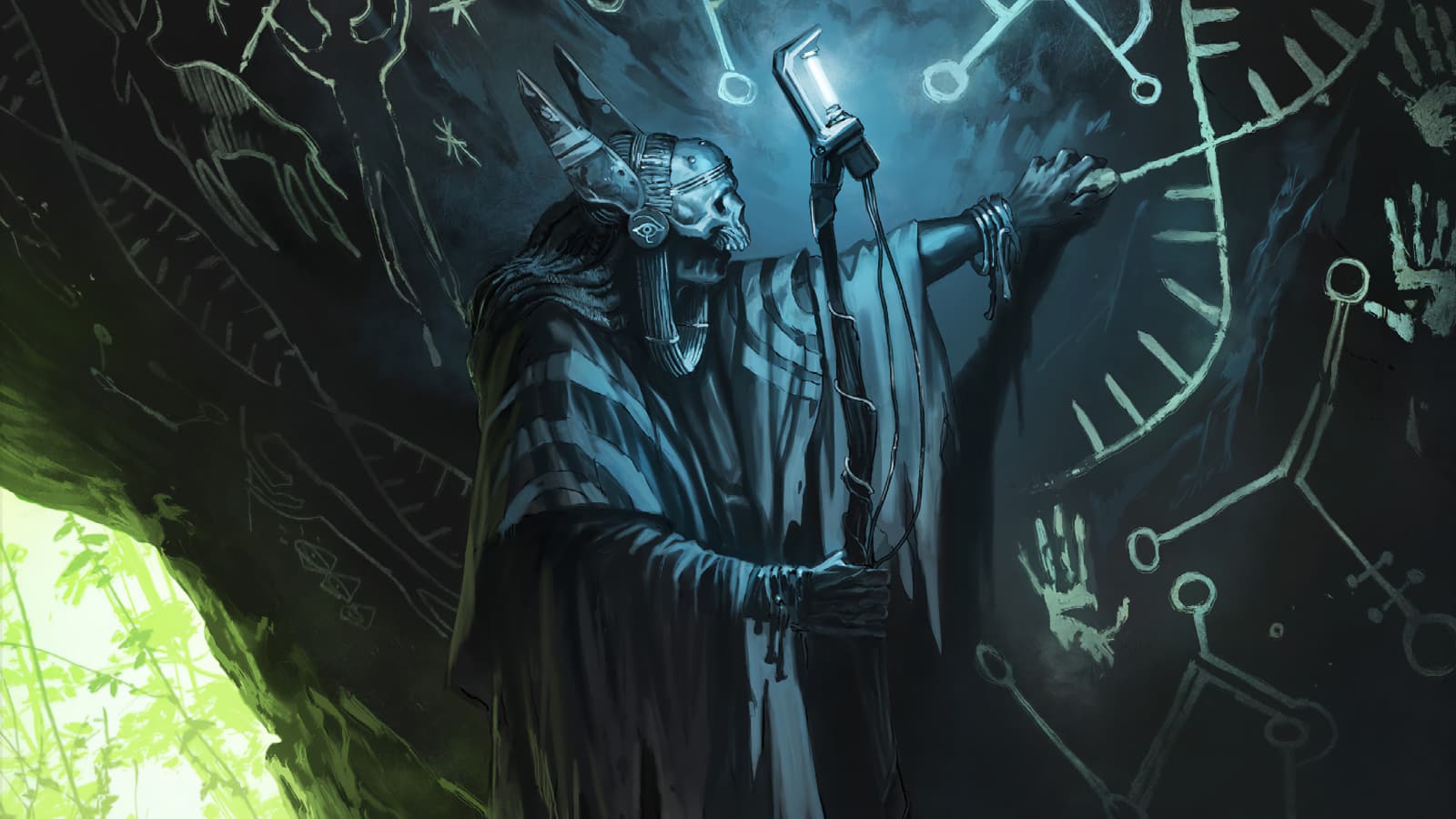 Cult ranks in Degenesis can at first glance look a lot like class levels in D&D, but they’re a different animal altogether. Knowing the differences is helpful in creating characters and determining goals for them.

First and most importantly, cults are not classes. They are organizations, factions within the world that have their own reasons for being. Classes define and proscribe the capabilities of individual characters. If there’s a bar brawl, you want your party’s Fighter to be throwing punches, rather than the Wizard. But in Degenesis your group’s best brawler may be a Hellvetic, an Anubian, a Paler, or a member of some other cult (or clan) altogether.

Cults vary primarily in outlook, emphasis, and resources. For example, the ideology of Judges mandates that they impose order, while the Chroniclers are obsessed with gathering information. So the special capabilities afforded to Judges apply primarily to the application of order, while special Chronicler capabilities are most applicable to acquiring, analyzing, and manipulating information. Their resources vary accordingly. Judges have muskets. Lots of muskets. Chroniclers have ways of making people talk, and ways of hearing what people are saying when they think they’re alone.

So when deciding what cult is a good fit for your character, it helps to first envision what kinds of activities each cult is oriented toward. Note also that membership in a cult doesn’t necessarily mean that a character will embody the cult’s highest ideals. As anyone has ever served in the army will tell you, there are soldiers who are fired up to serve their country, and there are soldiers who are there for adventure, a job, a way out of poverty, escape from home, or any number of other reasons. Usually it’s a mixture. The same is true of cults in Degenesis, and in many cases (lookin’ at you, Apocalpytics) recruits have no real choice.

A cult rank is a measure of advancement within that cult’s hierarchy. Returning to the army analogy, rank advancement is not necessarily a measure of personal capabilities (as anyone who has served under an incompetent leader will tell you). Some people will work as hard as they can to move up the org chart, while others are either focused on mastering their craft or don’t want more responsibility. That’s an important distinction between D&D levels and Degenesis ranks – advancing from 1st level through 10th level as a Fighter carries no requisite increase in responsibilities. You’ve just become a badass Fighter. But a Degenesis character who moves up in rank is given more freedom of operation and is given more responsibility than a Soldier, as well as access to more cult resources.

It’s easy to imagine a Hellvetic character who through accumulation of experience becomes a murderously efficient sniper, tremendously skilled at fieldcraft and emergency medicine, who doesn’t want to climb up the rank ladder and is content to remain a Corporal as long as HQ will let him. The same is true for a member of any cult. In fact, some of the most consequential NPCs in Degenesis aren’t those highest in their cult hierarchy.

Your Rank Advancement May Vary

Katharsys doesn’t state this explicitly, but rank prerequisites can be altered by the GM. The game’s developers have made this clear in the Degenesis Discord, and it makes a lot of sense. For one thing, determining human capabilities is difficult. My 5k run time could vary by more than a minute from one day to the next. I might crush a written exam then score much worse on an alternate version.

A cult’s circumstances also vary over time, which can influence the requirements for rank advancement. Returning to the army analogy yet again, when Lieutenants are getting wiped out in battle, more NCOs will be given battlefield commissions and made Lieutenants. The normal requirements are waived in favor of demonstrated competence.

Requirements may also change based on the army’s needs, which is why the duration and composition of US Army training courses like Airborne School, Ranger School, and the Special Forces Qualification Course have changed over the years. When the army needs more soldiers serving a certain function, they’ll relax the requirements. When they need fewer, they’ll tighten those requirements. When the mission profile for Ranger units changes, the mix of required capabilities will change as well.

Imagine if the Chroniclers have too many Shutters in the field already, and leadership is wary that this may be distributing power too broadly. With that in mind they might raise the requirements for attaining that rank.

Rank advancement can also be thought of purely as a narrative tool. Advancing in rank should always be a meaningful event, something not given lightly or received casually. With that in mind, if a GM wants to adjust rank requirements in order to serve the needs of the campaign, that approach fits the intent of ranks in Degenesis.