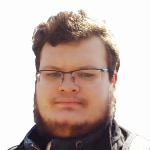 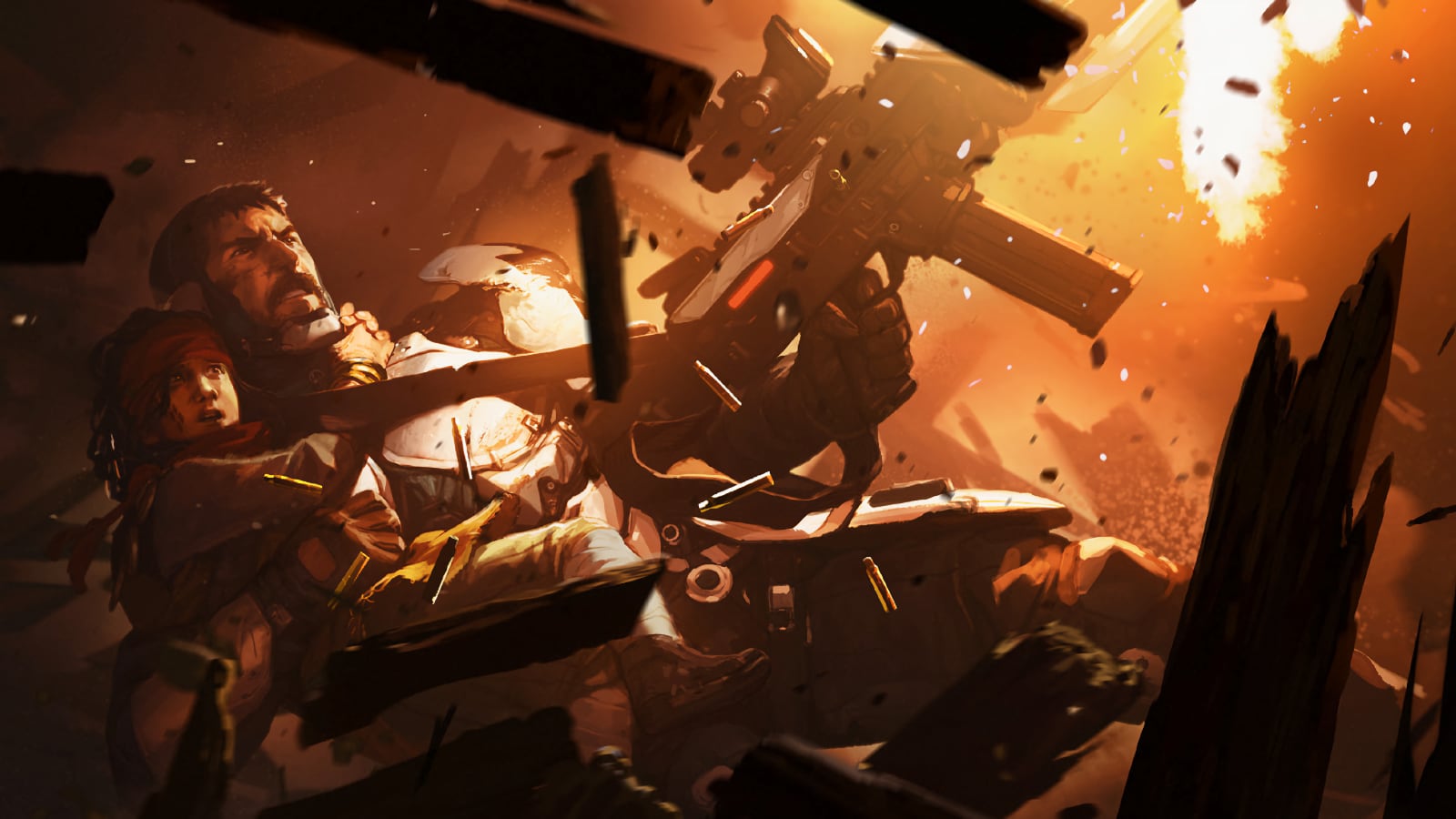 Greetings from the Alpine Fortress!

In this article I will give you some tips on what to consider when playing your first Hellvetic character. This article is intended for both players and GMs, as it explains some things that can easily be thought of as “unbalanced” or “unfair” to the rest of the party. My goal is to point out how you can address those issues both as a player and GM, and not ruin the game for you and the rest of the party. So without further ado, let’s get to business.

Well, maybe not straight away to business. First, a small disclaimer. For this article, I assume that your character has no Legacies and is a “generic” soldier of the Alpine Fortress. Of course, this doesn’t mean you will be playing an NPC, as your character will still have desired quirks and personality created by you alone. What I meant by “generic” is that he/she not an impostor from another Cult (yes, you can do that with Legacies covered in Artifacts – go check it out, it’s awesome), a shunned outcast, etc. Just your regular Hellvetic.

To begin, the first issue that can bring discord to your group during character creation: the equipment. As stated in Katharsys, even the lowliest of playable Hellvetic characters begins with his iconic Harness and a Trailblazer. That’s very good. Although a bit cumbersome you get armor and one of the best firearms available in the game, and your gear is worth about 24.000 CD combined. Moreover, even at Rank 1 (Soldier) you already get some ammunition each month, while most of the Cults don’t get their share of bullets until Rank 3 or even Rank 4. But before you start thinking about how rich you will get once you sell this gear, here comes the first of many downsides of being a soldier of Hellvetica: none of this equipment is really yours.

Your armor, weapon, even your toothbrush are property of the Hellvetic army, therefore they don’t belong to you. You can use them in accordance with regulations, and as long as you do no one will object, but as soon as you even think about selling that equipment, you will have Sentinels and Foragers checking your character’s service record and “reeducating” you on what happens to those who are found guilty of defrauding the property of Alpine Fortress. Also, if you lose your Trailblazer, you’re out of the Cult. No ifs or buts. This weapon is a relic, a tradition, and a symbol. To the Cult, it’s worth more than you, soldier! Now you are dismissed! To your post!

So, as you can see, you’re not getting an OP gear for free. There are serious downsides to that, and if you start getting too cocky about and/or careless with your equipment, your GM has many ways to “correct” you on that. What is important is that you shouldn’t look at it as a “punishment” of some sort. Sure, it can seem like that at first, but a good GM would never “punish” a player for choosing specific Cult, or Culture (or Race/Class, etc. in other systems). You have to remember that there must be some semblance of balance in game, and nothing comes for free in Degenesis. As the popular quote states — with great power comes great responsibility. But, let’s move on, because there is still much to discuss.

Secondly, while Hellvetics can be found almost everywhere – being hired as mercenaries or bodyguards, or sent on some mission – their life is not so free as one might think. Until you are promoted to Grenadier (Rank 3) you have to report to the Fortress from time to time, just so your peers know what are you up to. Of course, in my opinion as a GM, it doesn’t mean that character has to travel all the way back to the Fortress directly. In most cases, a radio call should be enough for the Fortress to keep an eye on them, but sometimes you may want them to report personally to the nearest outpost or an officer, who can confirm their whereabouts once he gets back to his post. That’s always an option, especially if your character’s reputation inside the Cult is not so good as they might want. Or, if you want to show some world to your players as a GM, you can always make your player’s character being summoned to report to the Fortress personally, for some reason. There is a lot of potential for a plot involving intricate landscape of the Alpine Fortress, both physical and political. It’s all up to you and your creativity.

But what you must have in mind is the fact, that Hellvetics are still an army, so organization and discipline mean everything to them. That’s why you should always remember, both as a GM and as a player, that there are severe consequences for failure to report in a given time. Of course, sometimes you can work a way around this obligation, for example, if you are excused from it by order from your superior (or if you manage to successfully deceive your peers), but in most cases, as a GM I’d recommend not forfeiting this element of playing a Hellvetic since it enforces in your player the feeling that he is a cog in the machine, a part of something bigger than him and the rest of the party.

The third important thing to remember while playing Hellvetic is the Doctrine. Whether your character cares about the Doctrine or is indifferent towards it, it’s entirely up to you. However, you must remember that officially the whole Cult is Doctrine-bound, and not following Leonhard’s teachings may bring consequences upon your character. But the really important part is understanding the Doctrine, and why it is so important for Hellvetics. I’ll not get into too many details, but the one thing you must understand is the fact, that the Doctrine is what shaped the Hellvetics into the Cult they are today. It’s thanks to those teachings that Hellvetics are not a bunch of well-armed but undisciplined mercenaries but an army. An army with an objective: to serve the people of Hellvetica and to unite the Cantons.

It is to that end that the Cult’s manpower and resources are to be used. So while your character’s approach to the Doctrine is entirely up to you, you must remember that openly disregarding Leonhard’s teachings may bring unwanted attention from the Cult’s higher-ups. After all, your character is a part of the army, and his/her actions reflect upon the whole Alpine Fortress. And every threat to the Cult’s neutrality will be closely inspected and can be swiftly addressed.

And last but not least, there is the matter of interacting with NPCs both from your Cult and others. First, the Cult NPCs: remember that your Cult’s hierarchy is very rigid and clear. Troops answer to NCOs, NCOs answer to officers, officers answer to their outpost commanders and they ultimately answer to their respective Corps Commanders. Discipline is everything, and failure to obey an explicit order will undoubtedly have severe consequences. And while you shouldn’t abuse this fact as a GM, it’s a very good way to remind your player that his/her character is a part of the Cult and the world does not spin around said character, and also that your player’s actions have consequences. It really is one of the most important parts of Degenesis – every action has meaning and consequences.

There is also a matter of NPCs outside of your Cult. In most cases people will look at your character and see a soldier before anything else. And it will affect their first impression, don’t doubt that. Not everyone likes soldiers or warriors in general, and there are some who will consider you nothing more than a bloodthirsty dog of war. Of course, it’s entirely up to you how your character will address that, but sooner or later you will certainly encounter such NPCs.

But there’s always an opportunity and you shouldn’t just ignore such obstacles like a hostile NPC(s). From the player’s perspective it can be a great character development arc – take a Hellvetic medic, for example, who struggles to prove that she’s not just a killing machine but also a caring lifesaver. Or a Genie, who tries to win over the untrusting population of the village which commissioned his services, by showing them that the army can not only destroy but also build. It’s all up to your imagination really, but consider giving your character a unique aspect to underline that you’re not just a “walking, talking, armored gun”.

And that is all for now, since this post is already longer than expected. I hope that it gave you some ideas on how to play or run a Hellvetic character in accordance with the lore, but also in a way that is fun for both you and the rest of the party. To sum it up: Hellvetics can make really great player characters, with unique quirks and a lot of room for character arcs that show they’re more than their weapon and armor, and while this Cult may seem “overpowered” at first, there are severe restrictions I’ve mentioned to counter that.

Of course, how you will address those issues as a GM or a player is up to you, but don’t be afraid to “borrow” some of the ideas presented above. Also, if you have more questions concerning Hellvetics (and boy, there is A LOT more to that topic), feel free to visit the Degenesis Discord server and dive into the discussion.