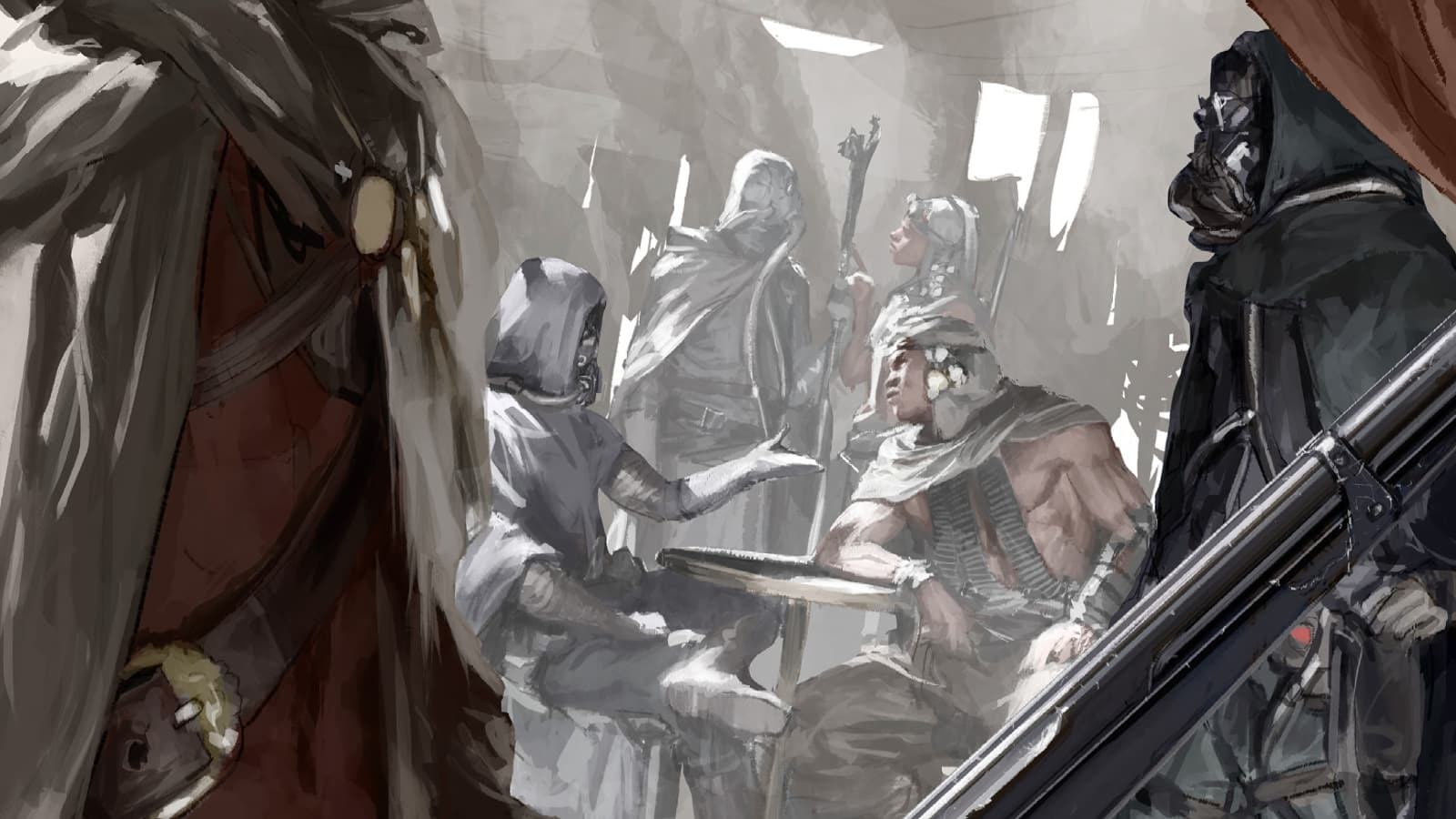 Degenesis is not like most other tabletop RPGs in several respects. Being a Setting First game, it is built around a complex world with many moving parts. There is no stripped-down “easy mode” option, and the themes the game explores don’t come with simple answers. But if your group is attracted to the grim and gritty world it presents and you are thinking of starting a campaign, hopefully these suggestions will prove helpful.

Spare the Sugar, Add the Salt

Every tabletop RPG has its own feel and spins its own motifs. D&D is fundamentally about exploring dangerous realms, killing your opponents, and becoming more powerful. Call of Cthulhu is about delving into sinister mysteries and eventually going crazy in the face of unconquerable powers. Vampire: The Masquerade is about trying to maintain humanity even though you’re no longer really human.

Degenesis presents a world that is both broad and deep. The setting spans Europe and most of Africa, encompassing seven Cultures, 13 Cults, and countless Clans. The metaplot stretches back more than 500 years and incorporates so many events and characters that you can never really keep it all in your head at once. But what is the game about? What do characters do in the game?

They survive long enough to make their mark in an uncaring, unfair world. Here’s how Marko, the game’s author, describes it in Episode 11 of The Cluster Speaks (Spotify - Apple Podcasts – it’s a must-listen):

You’re gonna get more responsibility. Things are gonna suck even harder when you reach a certain rank. People are gonna expect you to make decisions and we all know people don’t wanna make decisions. It puts you into a disadvantage to put yourself out in the open because you draw the crossfire on you. Any person that steps forward with an idea will be the first person to be killed in any sort of confrontation. That really is the core concept of Degenesis.

Brutal, right? It certainly doesn’t fit the pattern of most tabletop RPGs. But if you’ve ever played Call of Cthulhu or Vampire: The Masquerade, you are already familiar with the subtle rewards that come from playing characters who will never rule the world and will never be unvarnished heroes. 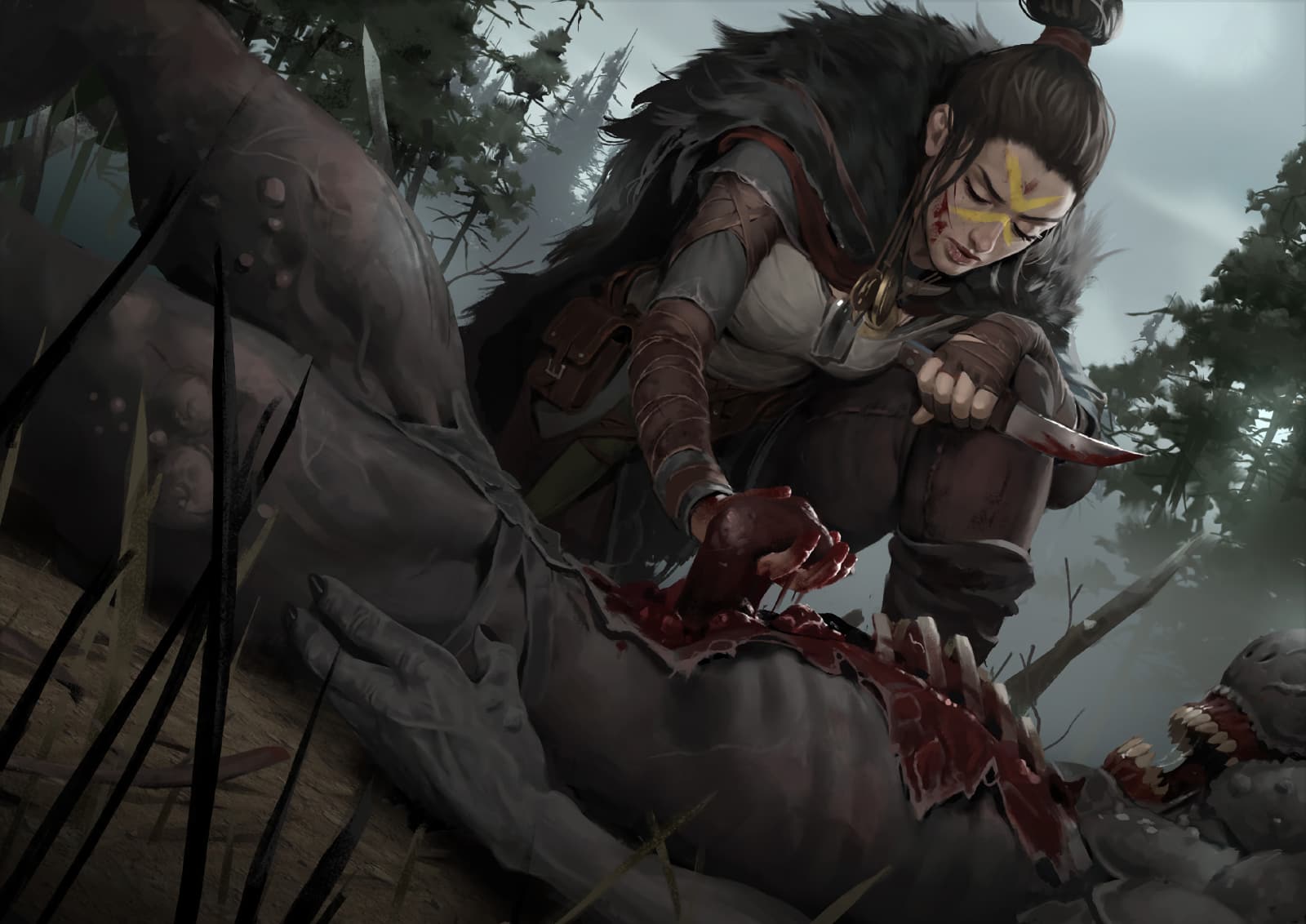 Use A Mix of Ingredients

If you’re coming from tabletop RPGs that have clearly-defined good guys and bad guys, Degenesis can be a bit of a puzzler. There are no Paladins, no cackling evil Necromancers. There are no objectively good Cults or evil Cults, no righteous Cultures or wicked Cultures. That’s because Degenesis is not about black and white, it’s about shades of gray. Degenesis doesn’t let player characters take the easy way out; it makes them take responsibility for their actions. Here’s Marko again:

The main story of Degenesis is a human story. It’s about humans that have to get along with one another and it’s always individualism overriding everything – it’s the cause of all drama. Everything breaks down because some guy decides to do something that he wasn’t supposed to do, because he’s you know, willing to go all the way. And when we’re talking about humans and organizations – I mean, let’s look at the real world.

The threat of violence is never too distant in Degenesis. And violence doesn’t come cheap. Characters can easily get killed, and there’s no magical healing when characters get wounded. More importantly, just as in our world, people are connected through webs of relationships. The death of even one character can have serious ramifications. The GM and players need to always keep this in mind. Here’s Marko again:

I really think life itself gives way more solutions than just always using violence, and what I really hope Degenesis players are doing is trying to find different methods of solving whatever kind of drama they’re confronted with instead of just going always the violent route… .

Any time you play any tabletop RPG, you’re not really playing the same game everyone else is playing. You’re playing your particular formulation of that game. This is because RPGs are powered by the mix of personalities and imaginations at the table. The game’s rules and setting are the ingredients, but how you use them is up to you.

From the activities player characters engage in to character power levels, to the difficulty of obstacles presented by the GM, to how violence, addiction, sex, horror, and language are handled, no two groups play the game the same. Even if they adhere to the same exact rules (which is a rarity – house rules have been with tabletop RPGs since the beginnings of the hobby) in the exact same setting, the result will taste different. With that in mind, be sure everyone who will be playing has clear expectations about the tone of the game and how any potentially sensitive topics will be handled.

The Degenesis setting is broad, both geographically and in range of activities PCs can undertake. The possibilities are endless. The first place to start is to think about the core themes and conflicts that will drive the campaign. The Adventure Creation section of Katharsys is full of tips and ideas to help you with this, and you can check out the Campaign Seeds posts here in T2B for more ideas.

It’s worth remembering that because Degenesis is a Setting First game, you can and should adjust the setting to suit your own needs, but if you remove or alter core aspects you’ll wind up playing something that is inspired by Degenesis, or is a hack of Degenesis, but isn’t really Degenesis any more.

There’s nothing wrong with that. The RPG Police won’t drag you off to jail. But remove the Primer, remove the Marauders, nix the Spitalians, add a powerful Cult comprised of the descendants of US military personnel — make adjustments that severe to the menu, and the character of the entire meal is changed completely. Your campaign will be unrecognizable to people who are used to playing Degenesis. 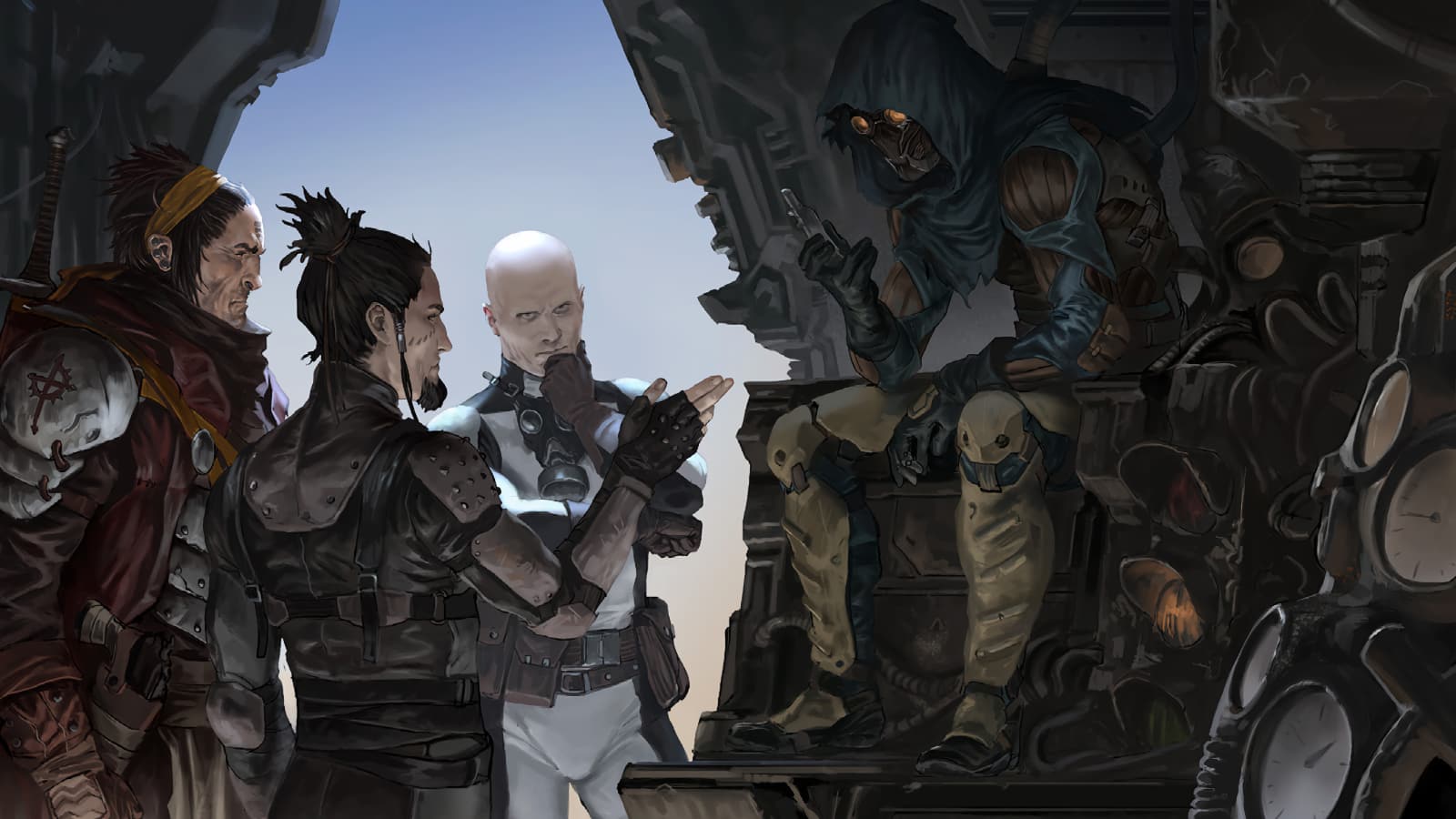 Published adventure materials sometimes trip up GMs who are concerned about deviating too far off script. But as in any RPG, in Degenesis the GM can and should adapt published material.

Degenesis adventures are written as linear stories, but it’s up to you as GM to adjust them suit your group’s tastes and your campaign’s needs, as this advice from Black Atlantic explains:

The scenario outlined here serves solely as a guide and its development should be adapted to the players at the table. We offer you a framework of essential scenes, but it is up to you to decide how to use them and which significance they carry. Customize the campaign to the motivations and predilections of your players. Skip or change parts you cannot use and insert them elsewhere at your whim. Stay flexible and mind your players’ actions so you are able to give priority to specific scenes in order to make the story more dynamic.

This means if there are scenes you don’t like for whatever reason, they don’t have to appear in your version. You can change the decisions certain NPCs make. You can play some scenes off-camera or not at all. You can nudge the players in certain directions or let them have their characters perform actions not contemplated in the published scenario. This is all proper and expected.

One of the things I like the most about the Degenesis community is that it’s truly international. And the Degenesis Discord is home base for that community. It’s the best place to ask questions, share ideas, and take advantage of the amazing fan-produced materials that are constantly being cooked up. It’s a welcoming and fun environment. Whether you’re already underway with your own campaign or are still in the early stages of reviewing the Degenesis menu, it’s got the best meals in town.