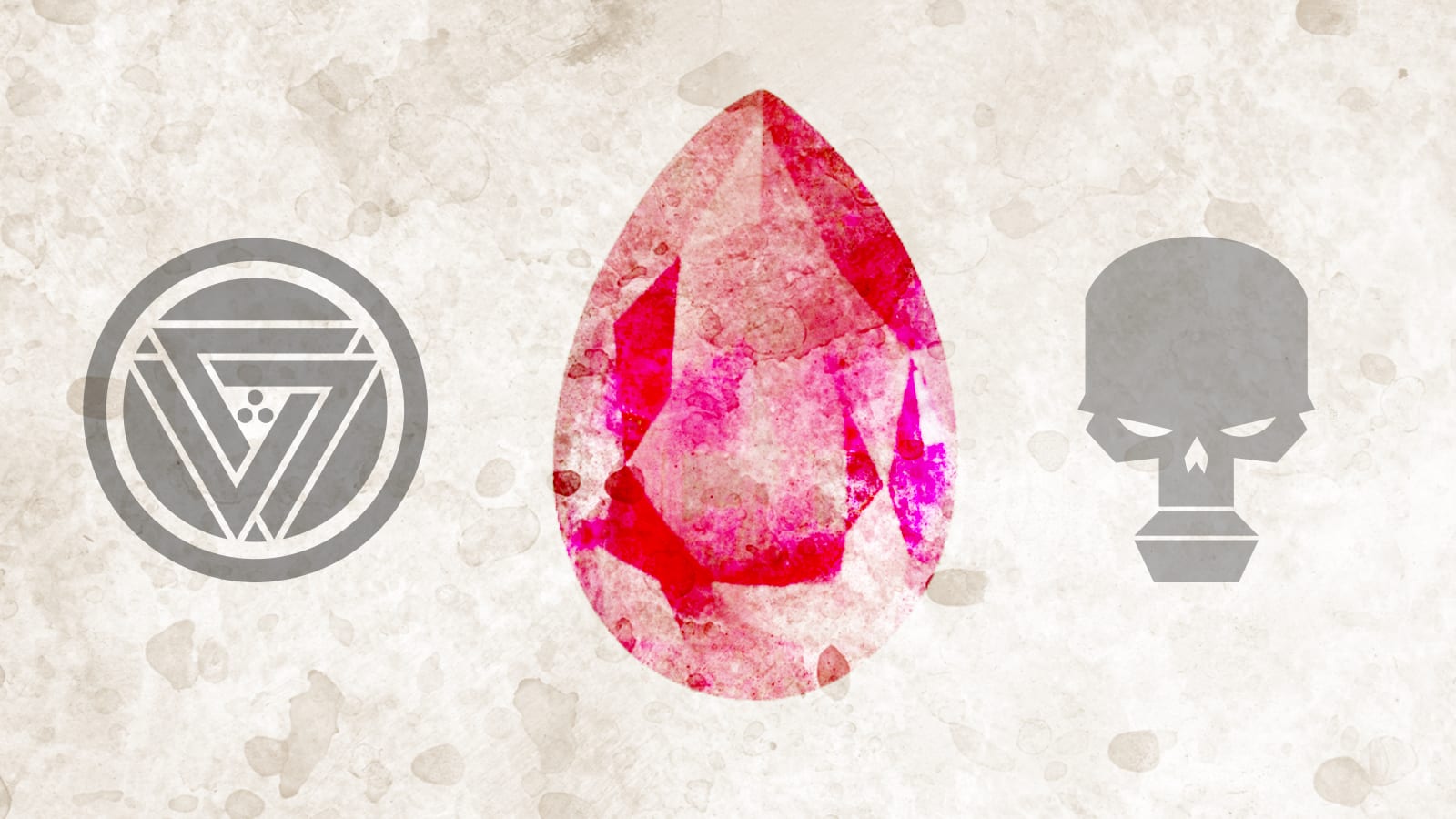 Warning: This story contains minor spoilers for The Killing Game.

The heat had been working on the salve, gradually transforming it from a thick paste to a liquid that soaked the gauze patch over his left eye and ran down his cheek. Akene reined the donkey to a stop and pulled a hand-mirror from his pocket. He forced himself to look at his face. Aside from the gauze wrappings and hideous leaking patch, it was smooth, without a trace of stubble. His Pack had called him “Porcelain” because of his light complexion and smooth features. And because he wasn’t as tough as Wrokeen.

No matter where he went, Akene was compared to his older brother. Wrokeen was bigger and stronger. He was fearless. To Mother and Father he was the sun and the moon – the firstborn who embodied all that was good in both of them. All the girls wanted to be near him, all the boys wanted to be like him. He wore the easy grin of those for whom everything comes easily.

When Wrokeen left to join the Scourgers, he was sent off with flowers and prayers. The entire town came out to see him off. Two years later when it was Akene’s turn, he departed before dawn with a merchant. Nobody but Mother cared to see him off.

Akene jerkily unwound the bandage that kept the patch in place. He closed his good eye and peeled the patch off, holding it distainfully. Salve and pus dripped onto his thigh. Choking down bile, he held his arm out, so the fluids landed on the cart’s footboard. He squeezed the patch. He gritted his teeth to keep himself from gagging.

Then he carefully placed the patch over the hole where his left eye used to be, rewound the bandage, and took in a deep breath of warm air. He listened to the trees rustling in a gentle breeze, heard the birds returning to their chatter. Opening his eye, he surveyed the dappled track ahead. He’d played in these trees as a boy. He was close now. He’d be home before sundown.

Eventually the forest gave way to gentle, grass-covered hills. Akene slowly took off his cloak, grimacing at the pain of each movement. He set it aside, grabbed his UEO helmet, and slung his AK across his back. He squared his shoulders and straightened his back with a wince. Appearances must be maintained at all costs, even now. Perhaps especially now. At least the bandage around his ribs held strong.

Even at the donkey’s languid pace, the low hills full of fruit trees finally came into view. He heard voices on the wind and saw the thin ribbon of the river that nourished the valley. As the tiled rooftops of home came into view, a bell rang from the town square. Someone had spotted him. The appearance of a Scourger was a big event for this little town. And maybe, they must have thought, maybe it would be the great Wrokeen returning in glory.

Akene yanked back on the reins. Donkey and cart stopped. He had put off the decision for too long. Akene unclasped the gold chain from his neck and looked down at the teardrop-shaped ruby that hung from it. He looked at that ruby but he didn’t see it.

Instead he saw that moment when Wrokeen had bolted from behind cover, babbling and howling in fear as explosions rippled through Cour Argent. He saw his brother flung up in the air, body ripped in half by a hidden bomb. He remembered every step he took to reach Wrokeen, how he’d hauled the pieces of his brother back to cover as explosions went off all around him.

Wrokeen the Brave – not so brave when it mattered most. If the truth of it were revealed, Mother and Father would be overwhelmed with shame. The stain of cowardice would mark the family and the town of his birth for generations.

Akene, the fragile one, knew the truth of it. He was there through the longest day, and the night longer still, and finally the day of recokoning. He was there at the end, bathed in blood, the bodies of Iron Brothers, Judges, and Chroniclers strewn around him. An eye bleeding from shrapnel, a blade sticking out of his ribcage, he had bellowed in wild fury before finally losing the last of his strength, collapsing. A weapon all used up.

Days later he’d healed enough for the ceremony. An honor guard from his own Pack removed him from the ruined infirmary where a young Spitalian doctor had ministered to his wounds. They bore him on a litter all the way up to what was left of the palace, where the Raider Hamza waited. The city was ruined, but the Neolybian’s throne remained intact. Of course.

Hamza blathered candied thanks and spoke of debts and gratitude and on and on and on. Then finally Sameel stepped forward. Ayubu had been slain in the battle, and now Sameel was the Pack’s Dumisai. He put a scarred hand on Akene’s shoulder and looked him in the eye. The one remaining eye. “Ayubu sees you now, son. He is proud. I am proud. The Pack is proud. Your ancestors are proud. Your family will be most proud to know of your courage in battle.”

Sameel put the necklace around Akene’s neck, taking care note to jostle his still healing body. He pointed at the red teardrop hanging from the chain. “This is the Blood of the Lion. All who see this around your neck will know you gained it through sacrifice and bravery.”

That was weeks ago. Now he approached home. His father would be surprised to see him, would wonder how he had been injured, would question how he’d acquitted himself in battle, and in the end would sigh and say he had always known Akene could never measure up to his brother. It would be different with Mother. She would cry with relief, and coddle him and take care of him. She would give thanks for his return, but would spend immeasurable hours praying for the soul of Wrokeen. Losing him would gouge a hole out of her that, like a lost eye, could never be filled.

It would be different if he told them the truth, if he showed them the Blood of the Lion and recounted every moment, told them how Wrokeen had perished ignominiously in battle, how a great Raider had thanked Akene personally, how his Dumisai had honored him. They might not believe him at first, but he could bring Father to Marrakush and speak to the Dumisai there, who would back Akene’s story. It would be hard for Father and Mother to take, hard for the townspeople to accept. But it would be the truth. And they would hate him for it.

Akene closed his eye again. He slowed his breath. He felt the sun on his face. He was alive. That was enough.

Opening his eye, he stood up in the cart and turned around. Gritting his teeth in pain, he reached into the cargo bed. He pulled a dusty gray tarp aside, revealing a polished mahogany casket. He undid the gleaming brass clasp on its side, lifted the lid, and looked on the oddly unblemished face of his brother. The embalmers had applied their macabre craft well. While the face remained uncovered, the rest was mercifully covered in black satin.

Akene put the necklace around Wrokeen’s neck with care. The grimace of fear was gone. His eyes were closed. He looked like a warrior. A brave warrior. Akene made sure the Blood of the Lion sat in the cradle between his brother’s collarbones, then closed the lid and turned the clasp.

He let out a long breath, then turned and sat down. He took the reins and goaded the donkey forward.