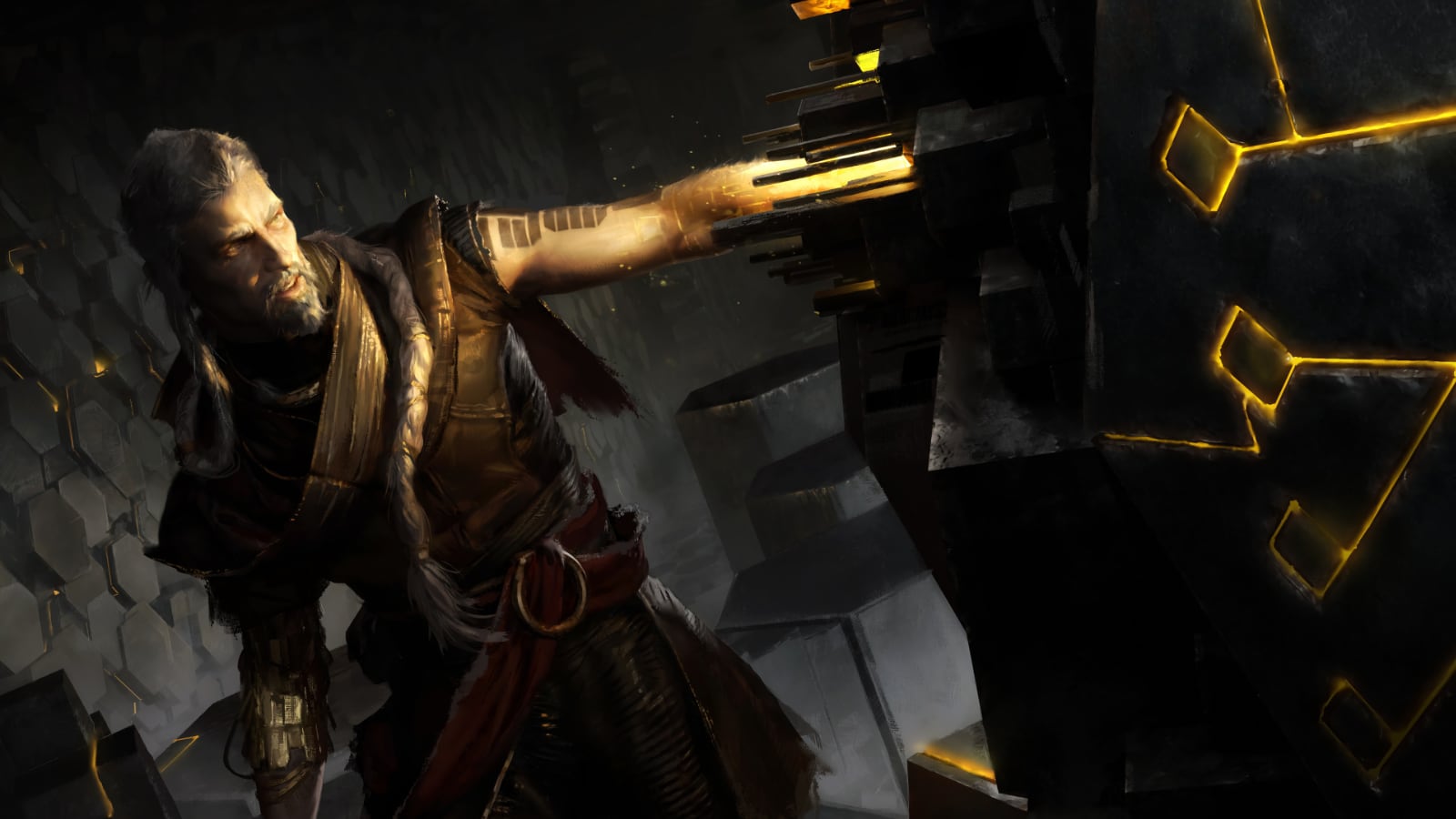 Exalt was once the epitome of civilization.

The City Wars brought it down and cast its citizens into the wilderness over a hundred years ago. But tales of that quasi-mythical city only grew over time. The mysteries deepened. What became of the fabled Grindworks? What lurks in the newly-rediscovered ruins of an ancient seat of power? And what of its people?

Sixmorevodka recently released the PDF of the Exalters sourcebook. Every Roadmap item has been eagerly anticipated, but it’s no exaggeration to say that Exalters is in a special category. This is deep lore, deep metaplot material – the kind you’re almost nervous to see, for fear that it might disappoint even in some small way.

Thankfully SMV has blown past expectations. For one thing, this isn’t a 32-page book as initially advertised. It’s a 32-page Exalters book, a 28-page Grindworks book, and a map for each. This is a ridiculously dense collection of material, just loaded to the air scrubbers with history, locations, beliefs, personalities, politics, subterfuge, equipment, Clan hierarchy, and story hooks. Given the quality of the art and the high standards for layout and print quality already established in the other Roadmap books, this a no-brainer for print pre-order. Whether in PDF or print, whether you intend for your PCs to ever journey to Exalt or not, this is a must-read for Degenesis GMs.

Degenesis Rebirth has always been as much a literary journey as a game. It’s an exposition of humanity in all its aspects. The metaplot is driven by vast ambitions, self-sacrifice, competing ideologies, bloody wars, bonds of kinship, personal hatreds, and schemes that span centuries. The story of Exalt is one of the most important in the larger tapestry; it’s impossible to grasp the metaplot without understanding Exalt’s place within it.

I won’t spoil the fun by providing any reveals here, but it’s well known that Exalt formed the center of an empire founded on Free Spirit ideology. Exalt stood in direct opposition to Project Tannhaüser and was targeted for destruction from its inception. But the Exalters book tells us how the people of Exalt saw themselves, how their society functioned, and how it all came crashing down. 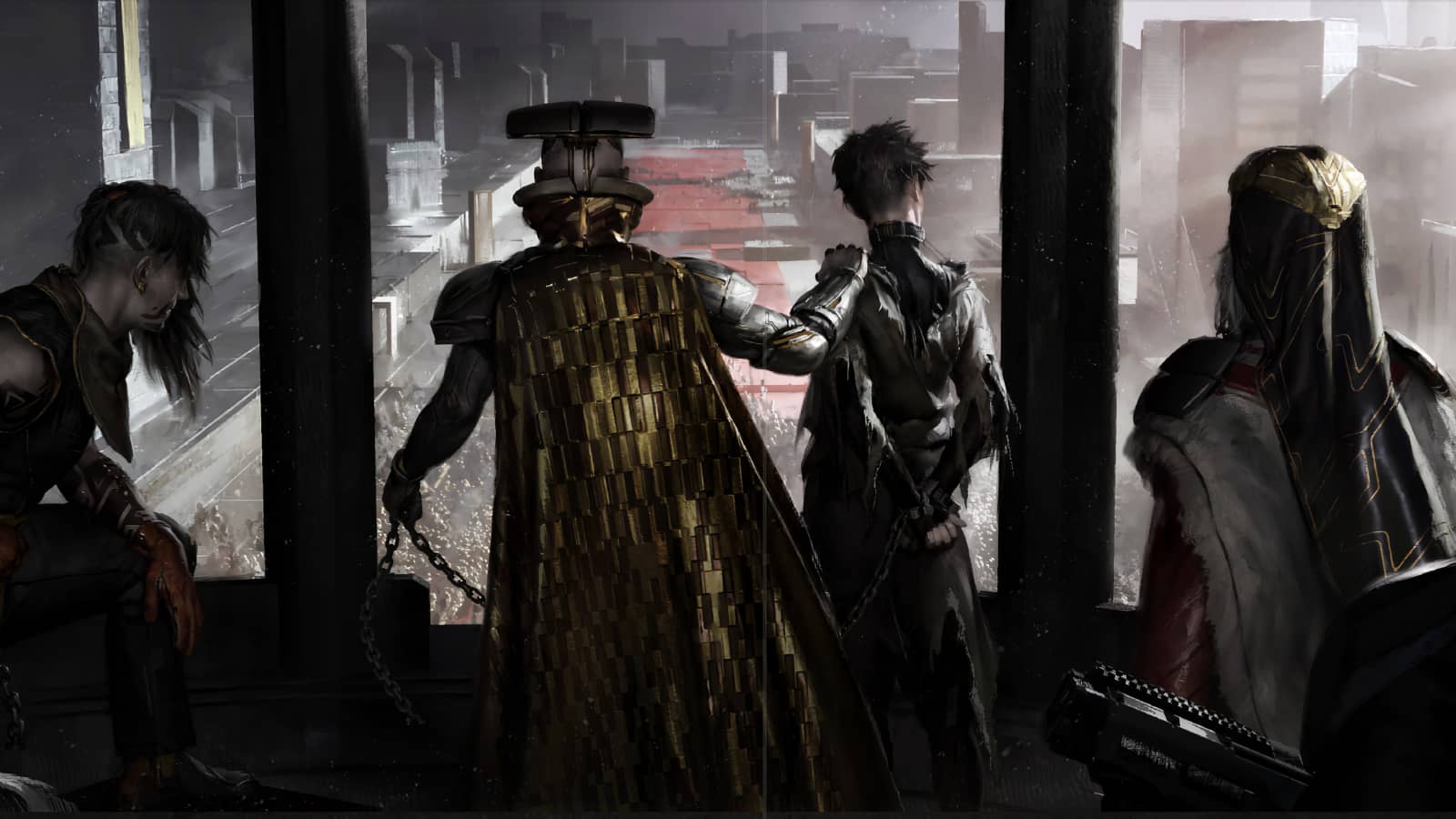 As a student of history and politics, I immensely enjoyed reading Exalters. There are parallels in this tragedy, echoes of humanity’s pre-Eschaton history. Idealism and zeal give way to expansionism and hubris. The need to defend becomes the need to attack, and at some point the adversaries begin to mirror each other. The fall of one empire begets the rise of another. No one comes out clean, even as stirring tales of valiant battles and heroic sacrifices are passed down from generation to generation.

This is how humanity operates. Even now, a century after Exalt’s last stand, the ruins of the city are contested ground.

Together the two books paint a picture that starts with the tangible, Euclidian reality of Exalt’s historic reach and its current remains. There’s plenty of material here for a GM to grab hold of and exploit in some fashion in just about any campaign. At its zenith Exalt’s reach was broad indeed, and despite a deliberate attempt to wipe out all traces of its existence, those remnants can be found. As I read the first book I suddenly was struck by two separate bolts of inspiration for how to incorporate Exalt into my campaign, even though the PCs are currently hundreds of kilometers from the ruins.

As you delve more deeply below the surface with these books, you enter a slipperier realm. All the major sections of the Grindworks and their meaning are described, but not mechanically, and not at all to completion. The Grindworks are as much a metaphor as a reality. Mysteries still abound. There are phenomena here that can only be described elliptically, as they defy logic.

Exalt isn’t like Justitian; it’s not a crossroads of humanity. Only the brave, the foolhardy, and the most skilled attempt to set foot inside Exalt. This is a realm for experienced Degenesis players running accomplished PCs. Neophytes of either stripe will not last long here.

In the pages of these books lie many hooks, means to bring PCs to the ruins of Exalt. But as a GM you’ll have to construct your own scenarios and your own determination of how the details manifest in your campaign. That’s as it should be; Exalt is a sprawling, multilayered realm that is never the same thing twice, not even to those who have been there repeatedly.

While this release is about the Exalters, it also casts a light on those who fought them, those who aided them, and those who came along later. Nobody comes out clean, and some come out quite fouled indeed. There’s more to the story of the Palers than we thought, and the Cartel certainly has its tentacles in every basket.

I can’t help but think of scenarios involving long-abandoned Exalter outposts at the corners of a long-dead empire.

The Exalt and Grindworks maps are beautiful, mysterious, and revealing all at once. The distinctive gold motif of the Exalers document provides plenty of visual reminders that Exalt is a special place.

Speaking of visuals, the Exalters don’t look like everyone else. Their fashion and gear set them apart, and the look is arresting but coherent, in the way you’d expect from SMV. I love the reason they apply zinc oxide to their hair.

The way Concepts and Constellations are used in Exalters is a marvelous example of how simple mechanics and novel metaplot construction tie together to form something amazing. The Apex Potential is another example of this – not only does it provide extraordinary benefits, it also ties in so perfectly with the Free Spirit ethos. Similarly, Exalter adaptability is exposed in skill mechanics simply and effectively.

Some of the technology found in these books is astounding. It’s also suited to the particular needs of those who created it. In keeping with the Degenesis worldbuilding approach, even seemingly minor elements feed into the metaplot and derive from it.

Dekka is one of those NPCs that must find a way into my campaign. When Degenesis fans talk about how well-crafted the published NPCs are, this is what they’re talking about.

As this map shows, between The Righteous Fist, Pneumancers, and Exalters, the Protectorate is quite well-defined. And soon we’ll see the release of Cathedral City. The world of Degenesis just keeps getting deeper and more engaging. To explore it further, be sure to jump into the official Degenesis Discord. 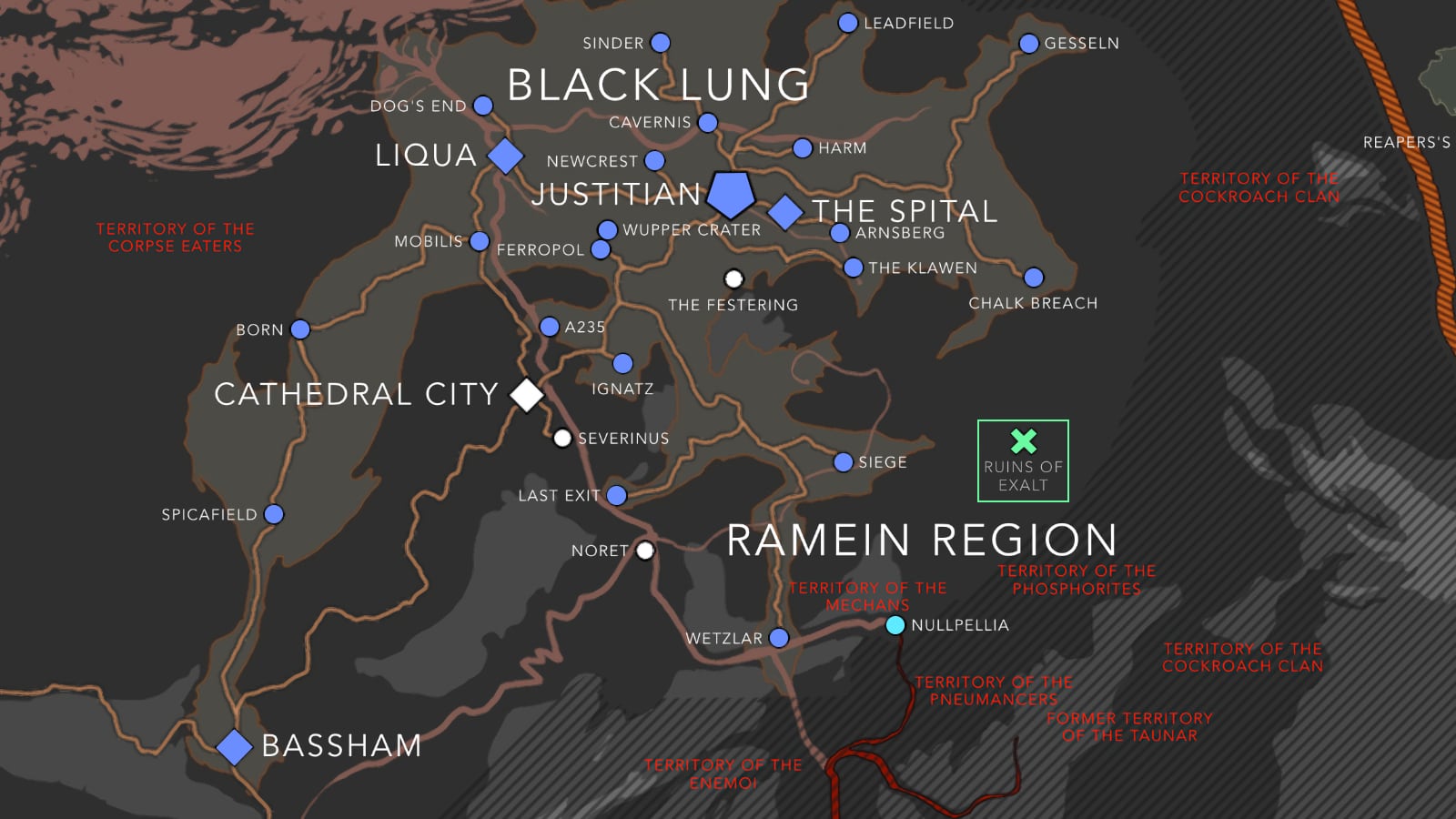