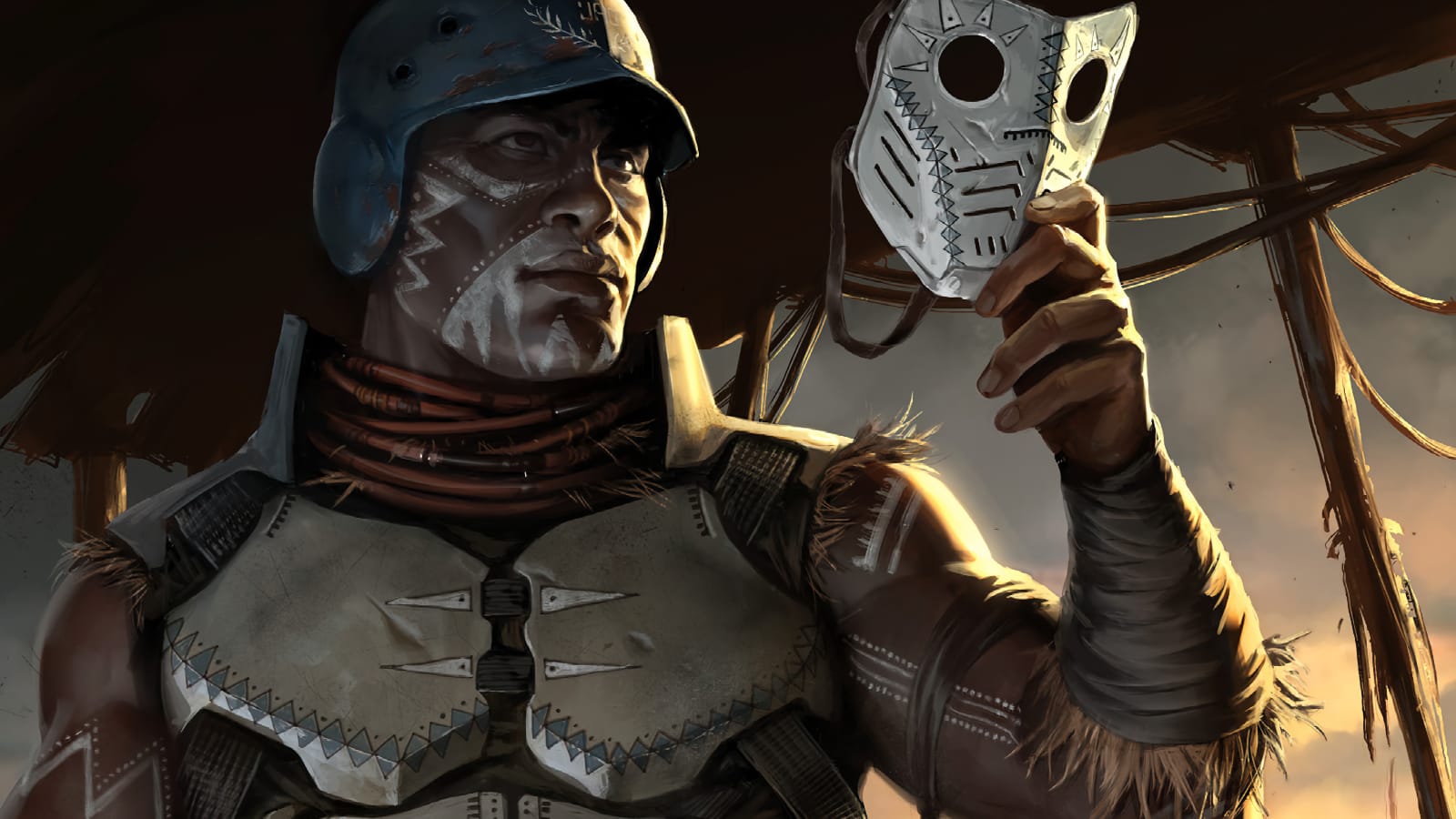 This is the fourth in a series of posts that provide ideas – bare-bones outlines – for Degenesis campaigns. They’re meant to serve as inspiration so you can use one of them as-is, grab bits from each and add them to your own ideas, or riff off them and come up with something completely new.

Before we get started, don’t forget that Chapter 11 in Katharsys is filled with useful campaign-planning info. Also, Group Alignments are found in Artifacts , and I’ve settled on a group size of four mostly because for me as a GM the sweet spot is three to four players.

The great cities of the continent’s Bygone past lie in ruin. Most have been picked clean, and the big Scrapper teams have moved on to the vast scraplands of Europe. But there are still secrets to be uncovered here, artifacts to be gathered, and power to be gleaned.

These treasure hunters want more than what fate has already provided. They are bound by the alignment of Ambition.

Far away in the harsh, barren land of the Crows, the Ambassador Wakili makes his deals. He gives the shaved freaks use of his freighter. On their arrival here in Qabis, he gives them use of not one, but two Surge Tanks. Whatever Wakili’s motivations might be, this is an affront. Honorary Africans or no, the Spitalians are a threat.

They must be watched. Their true motivations must be ascertained. Why are they really here, and how is it possible that Wakili’s wishes on this matter prevailed? Respect for the powerful must bow to protecting the people.

There is no cause as righteous as defending one’s homeland. These zealous guardians are bound by the alignment of Dogma.

The Mediterranean is a conduit for wealth. Neolibyan wealth. It’s also the domain of Apocalyptic pirates who want their share of it. But the Neolibyans aren’t stupid. They secure their ships, run decoy operations, and send Scourgers to find and destroy the pirates.

Despite all this, Ghita of Anaba’s concession in southern Purgare is losing too much profit to the flocks. Piracy, it seems, is quite lucrative. So why not engage in some privacy of her own and recover some of that lost profit? She has cleverly recruited those who already hate the Apocalyptics — if they strike fear into the hearts of the pirates, so much the better.

While it is Ghita who brought them together, these angry souls are aflame with the alignment of Revenge.