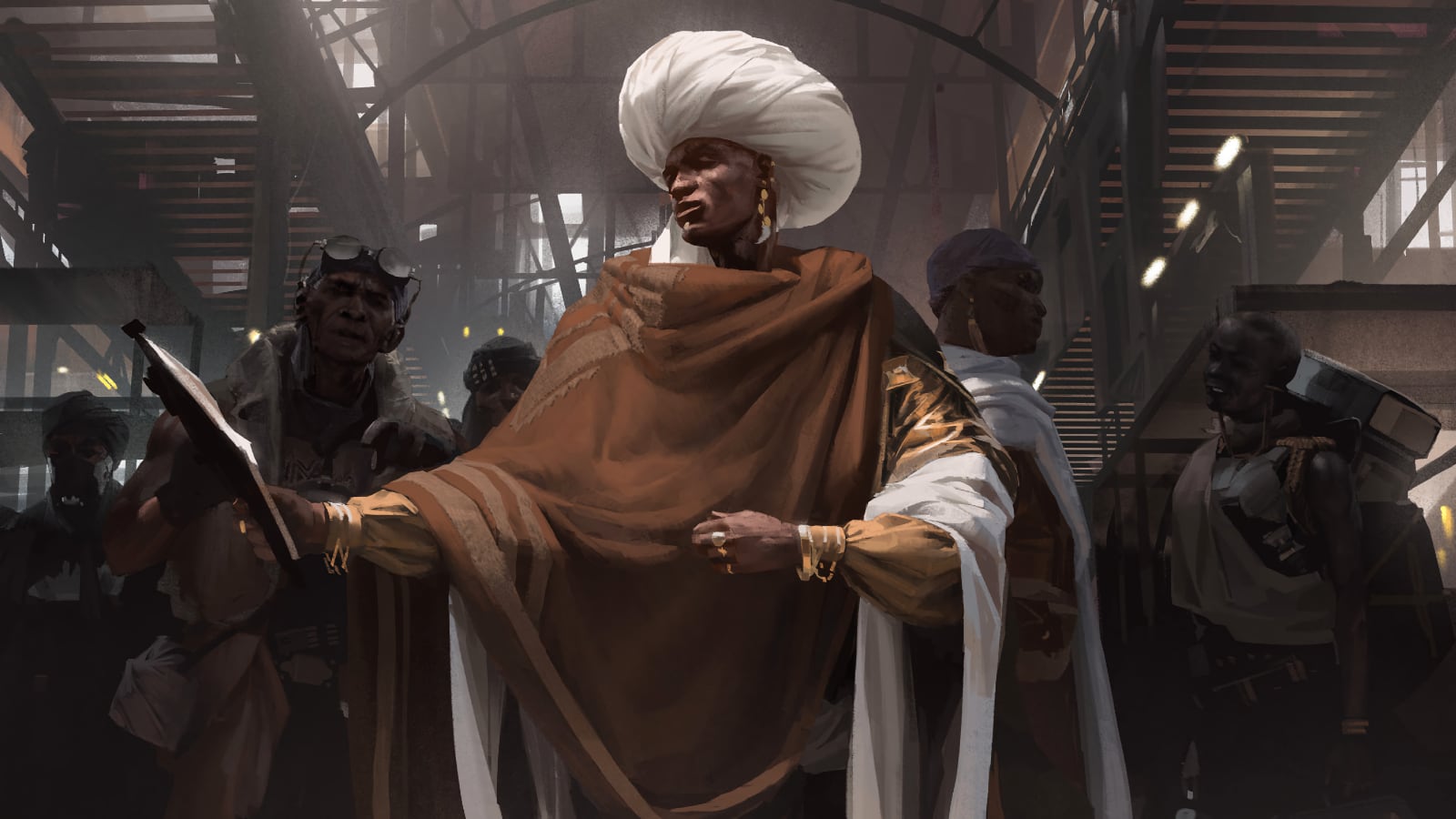 I’ve played many tabletop RPGs and enjoy all kinds, but I keep coming back to those with complex settings. These games can be challenging to run, but over the years I’ve come up with some approaches that have helped me run RuneQuest, Eclipse Phase, and Degenesis campaigns. In this post I’ll tighten the focus further and share some notes on how paying attention to the flow of information has helped my Degenesis sessions.

This is an old writing adage, based on the premise that action is what drives story forward. Inevitably some information must be given to players outside the flow of action. For example, when you give them up front info about Cults and Cultures, it’s impractical to frame all of that in stories. But notice how much narrative is packed into the Degenesis core books. A story provides context for the information being presented and makes it meaningful.

Extrapolating this directive to game sessions, information delivered within the flow of an unfolding story is more powerful than what you present outside it. Here’s one way to think about how that information can be delivered:

When I first started game mastering as a teenager back in the Olden Tymes, I emulated my first DM, whose approach was that everything should be done in Hard Mode. Everything. Much of the information about the world in his games came after the fact.

Example: My Fighter gets into an argument with an obnoxious stranger. Blades are drawn. Three rounds later, my enemy is on the ground dead. I’m victorious! Then the DM tells me, “OK, so how are you guys going to pay Weregeld on this guy?” Where what?!

As a player I had no context to understand that if my character killed this obnoxious stranger, the stranger’s family would have to be paid a blood price. Any character, even the stupidest Fighter, would have a lifetime of cultural awareness, telling them that killing someone in a duel means you’ll have to pay the family of the deceased.

Let’s translate this to the world of Degenesis, using the player John and his Hellvetic PC, Roch. This story could be reframed for Degenesis as, “A Jehammedan with a bunch of weird dot tattoos is insulting you and calling you a chicken in a white suit.” Sure, you could try to kill him, but if you do you can expect his tribe to hunt you down and deliver swift justice. This is something Roch would know, even as a Hellvetic who had limited experience with Jehammedans. In Degenesis the surest way to make enemies is to kill a Cult member, and everyone knows it.

This sort of contextual understanding can be conveyed easily, before John has a chance to stumble into an uniformed decision: “This Jehammedan is really getting in your face. You know that a fistfight wouldn’t likely provoke any serious repercussions, but if you kill him it’s a safe bet his tribe will come after you. How do you react?”

Note that John may still tempt fate by having Roch draw a blade on this bothersome Jehammedan. But he is informed – the cultural realities of the setting aren’t being used as a gotcha. It’s also that much more exciting if John decides to go lethal on the Jehammedan, because his knowledge of the stakes ratchets up the dramatic tension.

Not all context is this clearly a matter of life and death. Most of it is more mundane, but its value is that of a puzzle piece. Over time the pieces form a larger picture as the details accrete.

Imagine John is assessing whether Roch should punch the Jehammedan in the nose or draw a knife. Roch doesn’t know much about Jehammedans, but I tell John, “Your little altercation has drawn a crowd. You’re focused on the Jehammedan, so you can’t tell exactly how many people are watching, but you hear a woman’s awed voice: ’That Sword of Jehammed must have fifty or sixty marks on his neck and shoulders alone!’” NPC reactions like this can be valuable tools for providing in-the-moment context for players. John can make of that what he will, but it’s obvious that the Sword of Jehammed title has significance, the tattoos have meaning, and it can reasonably inferred that they’re an indicator of prestige or accomplishment.

Let’s assume that Roch grits his teeth and walks away from the Jehammedan. Later as he recounts the story at a nearby bar, he mentions the encounter to an Anabaptist acquaintance. “Ah yeah,” the Anabaptist replies, “the more tattoo marks, the more accomplished a Jehammedan fighter is. I found this out first hand in the Adriatic Basin. Fought many a battle against the Jehammedans. You have to take down the marked up ones first. Do that and it’s easier to mop up the less experienced fighters.” John now has confirmation of what the marks mean, and the Anabaptist has opened the door to more info about the Jehammedans – specifically their relationship with his Cult (from his perspective). John can either choose to explore this further or leave it alone.

If word gets back to Elijah, the local Abrami, that one of his Swords foolishly provoked a Hellvetic, the Abrami might send a pair of Ismaeli to invite Roch to speak with him. When the Ismaeli who look nothing like each other introduce themselves as Caleb Ismaeli and Samuel Ismaeli, John can infer that the last name relates to something other than immediate family. And when Roch is escorted to Elijah’s tent, I note that the Sword of Jehammed is standing to the left and slightly in front of Elijah, who stands on an elevated wooden platform. “I am Elijah, leader of the Korazim tribe,” he says in a slow, gravelly voice. “And this,” he points, “is Rakkon, a Sword of Jehammed. He sometimes lets his mouth get in front of his sword arm.” Now it’s clear to Roch that the Sword of Jehammed is subordinate to the Abrami.

Rakkon scowls as he takes a step forward and bows slowly. “I apologize for my behavior yesterday,” he tells Roch through gritted teeth. “As penance, if there is a task before you that needs doing, I give you my hand to assist.” Roch doesn’t know exactly why the Abrami made Rakkon present this offer, but the power dynamics are obvious. Again it’s up to John to decide what to do with this information as he determines Roch’s next steps. Should he decide to enlist Rakkon’s aid in a particular task, that will present even more opportunities to learn about the Jehammedans in the context of unfolding events. 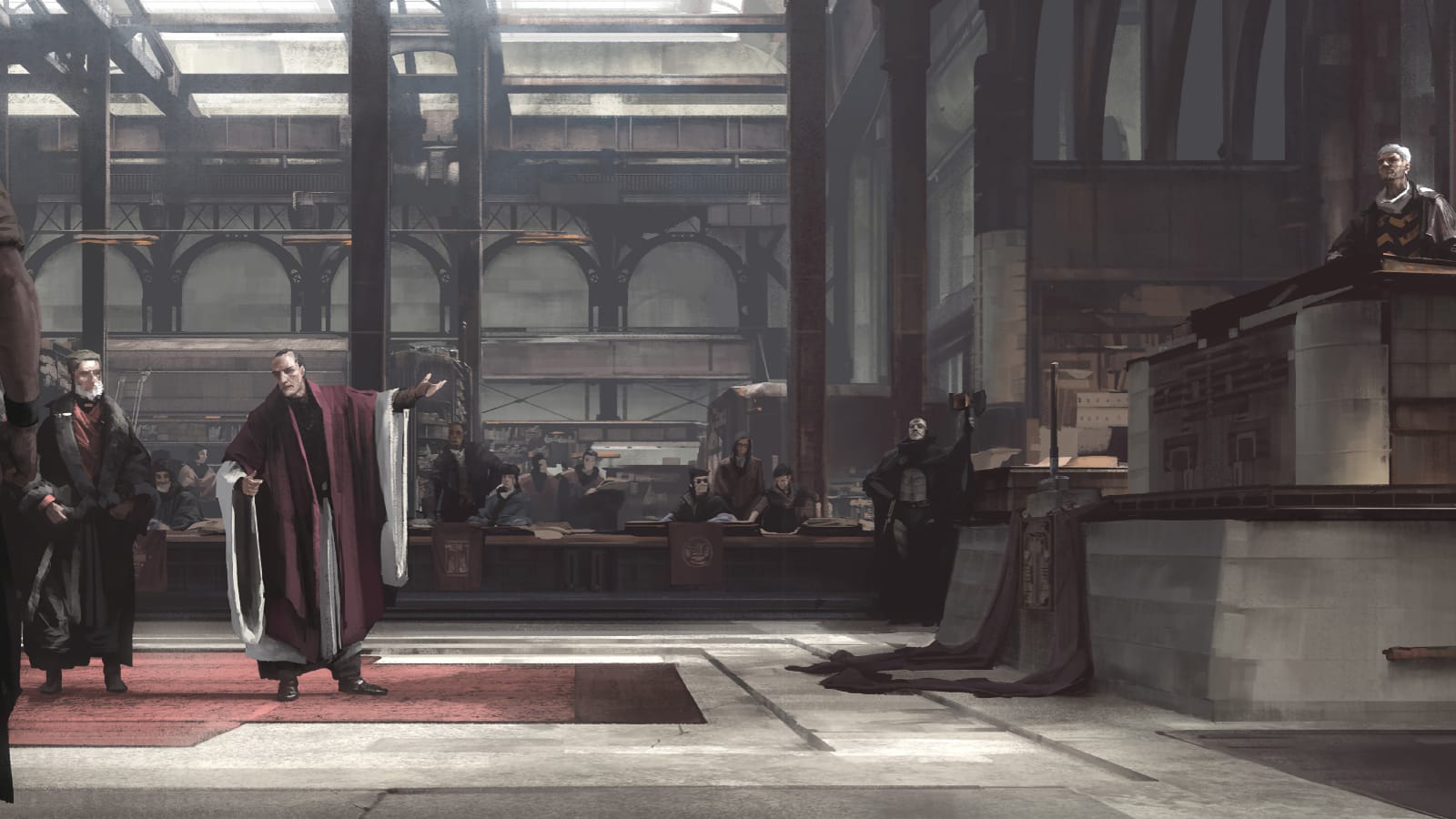 In addition to revealing information in the flow of events, questions and their answers clarify what’s going on and what’s coming next.

I encourage players to ask me if their assumptions about the world are correct. For example, after Rakkon makes his offer, I might ask John, “What do you think is the basic power relationship between Elijah, Rakkon, and the Ismaeli?” From his response I can gauge whether John is making the connections or needs a bit more information. I can also tell whether he is interested in examining this further or not.

In the interest of keeping players from making mistakes due to lack of context, I also frequently ask them if they need more information in order to make a decision. As the GM I have an idea in my head of what’s going on around the PCs, but that doesn’t mean I’m conveying it in a way that’s useful to the players. This doesn’t mean I’m going to reveal things the PCs wouldn’t know, but sometimes telling players what their PCs explicitly don’t know is quite useful. For example, John might ask me about the legal status of the Korazim encampment: “Do they have to abide by the laws of the nearby town?”

My answer provides context but doesn’t answer the question directly: “You’ve heard that Jehammedans are usually itinerant, but your Anabaptist drinking buddy told you last night that this camp has been here for a couple of years.” Elijah wants his tribe to stay here long term, which is why he’s concerned about Rakkon’s rash actions. Perhaps John will immediately make that connection, or perhaps he’ll require a bit more information later.

Finally, gathering information about what players are thinking is the best way to stay one step ahead of them. So I might ask John, “What is Roch thinking as he weighs what Rakkon just told him?” Maybe John really wants to find a way to get Rakkon back. Or maybe he is excited about leveraging this opportunity and wants to use Rakkon as a meat shield in his next mission. Or perhaps he wants to learn more about the Jehammedans and get on their good side. Regardless of the particulars, knowing John’s thinking will give me ideas and help me narrow my planning, both in-session and for future sessions.

Thank you for reading, and I hope this was useful. As always, the Planetarium channel in the Degenesis Discord is the best place to discuss this post and Degenesis gamemastering in general. See you there!