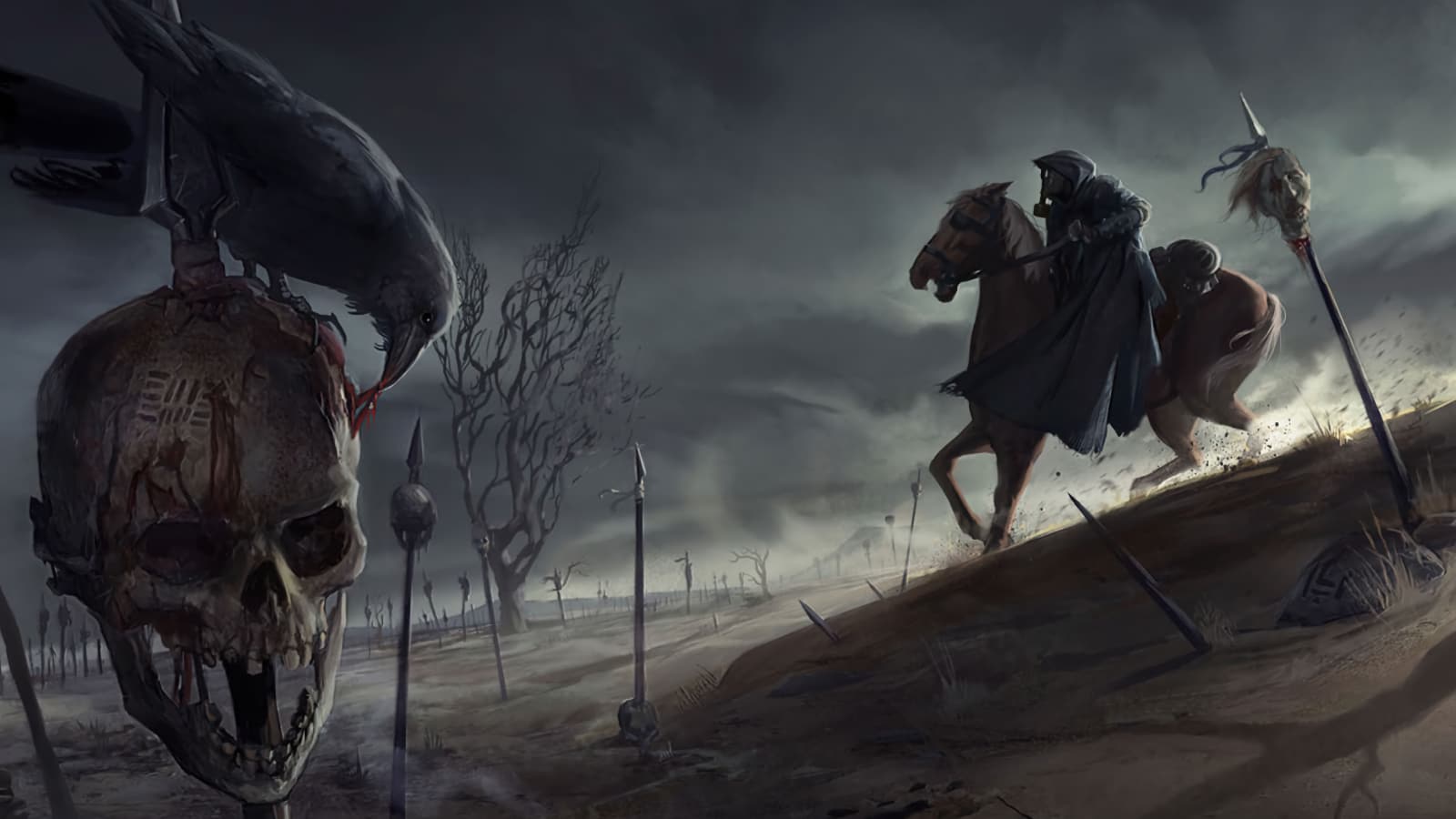 This is the fifth in a series of posts that provide ideas – bare-bones outlines – for Degenesis campaigns. They’re meant to serve as inspiration so you can use one of them as-is, grab bits from each and add them to your own ideas, or riff off them and come up with something completely new.

Scourgers pick their way through the dark, twisted jungle. Guerreros wait in the treetops, ready to spring traps. None of them realize that their battleground is a treasure trove. Tree roots, leaves, the crushed shells of bugs that live only here, precious nectar from midnight-blooming flowers – even the soil contains valuable ingredients.

The Eggheads would pay handsomely for these materials, properly extracted and refined. In their buildings of concrete and steel they’d turn the jungle’s bounty into drugs, gasses, and fungicide. And the small team that cut down the trees, harvested the flowers, ground it all down, and delivered it to the Spitalians while avoiding the notice of Africans and Guerreros alike? Well, they’d be rich.

These investigators share the alignment of Ambition. They are willing to take great risks in order to leave their mark on the world.

It’s not a war, really. It’s a way of life embraced by an insane populace. The Guerreros hit a supply convoy or kill the son of a Neolibyan merchant prince. The Scourgers retaliate by going door to door, rounding up men of fighting age and killing a few before sending the rest to Gibraltar. Then a few days or weeks later it happens again. The details change but the story remains the same.

Generations upon generations of this relentless suffering, all because the Guerreros can’t admit they were wrong. And if that weren’t enough, they make common cause with the Precognotics – cloying, demonic, soulless creatures who serve only their own ends. No, that’s not the future of Hybrispania. It can’t be.

Renegados strive to live in peace with the Africans. But some go further. Some work to turn the insurgents against each other. They spread false rumors, gather information, sabotage Guerrero operations, and do everything they can to hasten their demise.

These investigators share the alignment of Dogma. They fight for what they believe, and are willing to risk their lives for those ideals.

The Magnate Eman sees the writing on the wall. His expansive, glorious concession will fail. You don’t have to be a Precognotic to see it. The people here were with him. They happily worked the fruit groves and greenhouses on his estate. They clambered into the lift every morning, dropping deep into the earth to extract gypsum.

Then the Guerreros assassinated Maluk, his beloved Dumisai. The Scourger pack back struck with a fury not seen in these parts in living memory. The bloodshed was horrific, going far beyond the punishment due to the perpetrators and those who harbored them.

Seventeen years of planning, sacrifice, and toil will be for naught if Eman can’t find a way to stop the violence. There’s only one way: he must bring an independent investigators to find out exactly what happened, in exhaustive detail, and who in the pack was responsible.

These investigators share the alignment of Chance. None of them wanted this, yet here they are. They’ll either find common cause and survive, or die without knowing what they could have accomplished together.